Today I had my first experience with Flexara's AdminStudio.  I used the AdminStudio repackager to make a custom .MSI for Access 97.  This software lets you capture a before and after snapshot of a machine and turn the differences into an MSI package.  SWEET!

My current client has a huge installed base of Access 97 "applications" that run their business.  Unfortunately Access 97 is junkyard ancient and very not supported.  It won't even install out of the box on vanilla Windows 7.  I was able to find instructions on getting it installed on Win7 at http://social.technet.microsoft.com/Forums/windows/en-US/6b98381b-44ff-43d4-a9b1-1fb00023d3d5/install-access-97-and-office-2007-on-windows-7?forum=w7itproappcompat.

I had to add one extra bit to those instructions.  Setup.Exe was failing the install with a does not meet minimum system requirements error.  I set the Windows 2000 compatibility flag on Setup.exe to get the installer to run.  I did not have to set any compatibility options on the completed MSI.

That's great, Unfortunately a 10 step install process isn't going to work in an enterprise.  It's just not feasible to do that hundreds of times.  The right solution is to recode the apps into modern software.
The right-now solution is to repackage the software into a .MSI.  AdminStudio to the rescue.

First I installed SQL and AdminStudio on a Windows 2008 server.  I'm using the demo version of AdminStudio, as it's mind numbingly expensive.

I spun up a clean Windows 7 SP1 PC and mapped a network drive over to the AdminStudio Box.  Then I captured the pre-install snapshot.  Next came the laborious Access 97 install.  Then SR1.  Then SP2 and the font stuff. Finally I was able to capture a post-install snapshot.  This rolled up all of the file and registry changes for Access 97 into a AdminStudio Package.  After I switched back to the server with AdminStudio installed I was able to select what components needed to go in the .MSI, and what could be left out.  A half-dozen build and test cycles later, it works!

Here are a few screenshots. 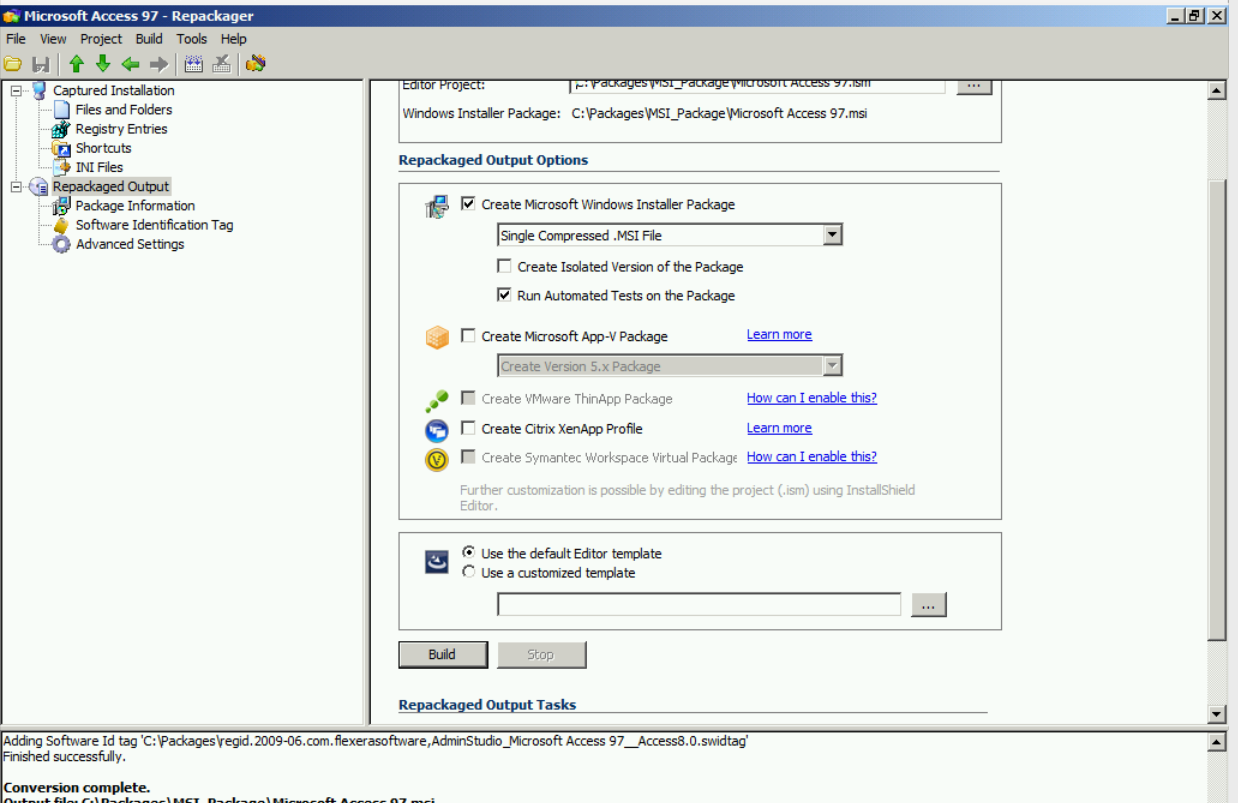 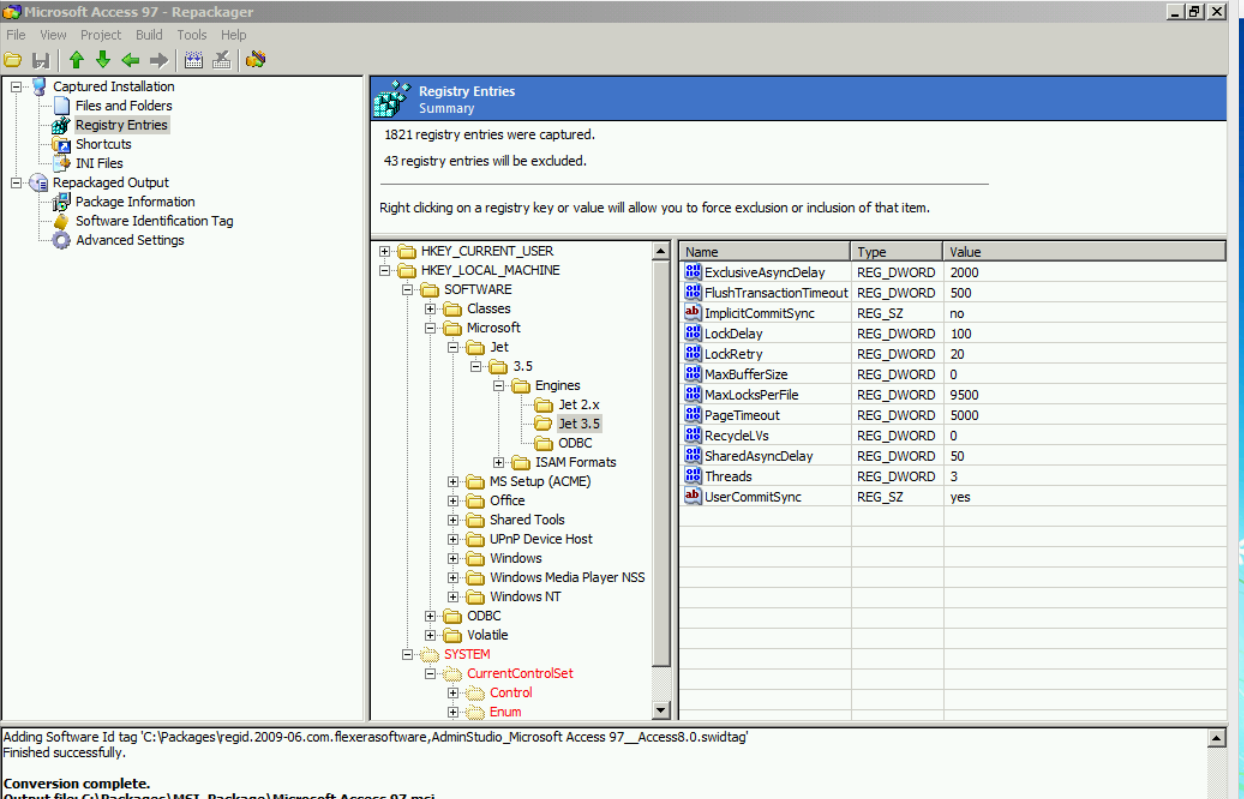 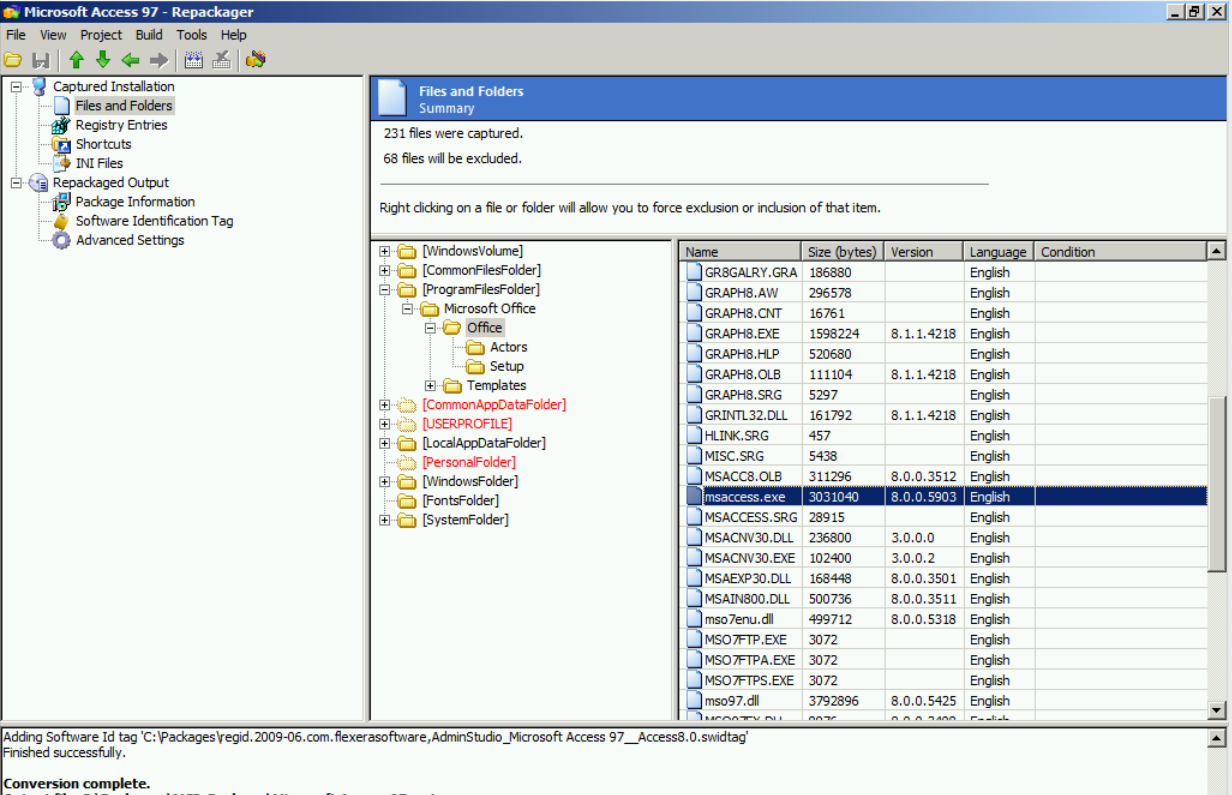 I'm really impressed with this software.  It does everything I needed it to do, with a usable online help system.  Five Stars.  (-1 for high cost, +1 for fully functional 21 day demo.)

Last but not least, welcome back to my old friend Clippy!  Long time no see. 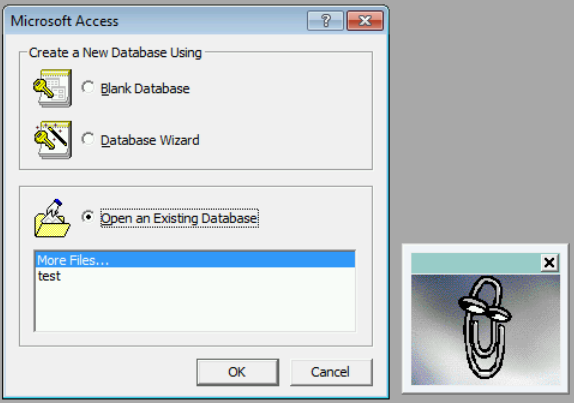 Author Trivia:  When this software was released I was working in a Truck repair shop changing tires.  Some days I miss it.

Note:  The customer is buying AdminStudio for internal use.  I'm not sticking them with a time-bombed demo.  That would be evil.
Posted by Elizabeth Greene at 2:50 PM