I try not to complain about the failures of others.  This post is an exception to that rule.

My son saved his lawn mowing money and just bought a Plug-N-Fly Radio Controlled T-45 Goshawk EPO Jet from HobbyKing.  I am stunningly disappointed with his purchase.

Before I go into the box, let me clarify what Plug-N-Fly means.  Plug (in the receiver and battery) and Fly.   Are we clear on that?  You should be able to remove a plug-n-fly from the box, attach the wings (With a rubber band, clip, or screw), install a receiver and battery, and fly.

This plane is far far far from meeting that definition of PnF.  It requires a minimum of 2-3 hours of assembly before it will be ready to fly.

The plane comes in a roughly 4 foot x 18 inch x 12 inch box.   That is a standard letter size  piece of paper for size reference. 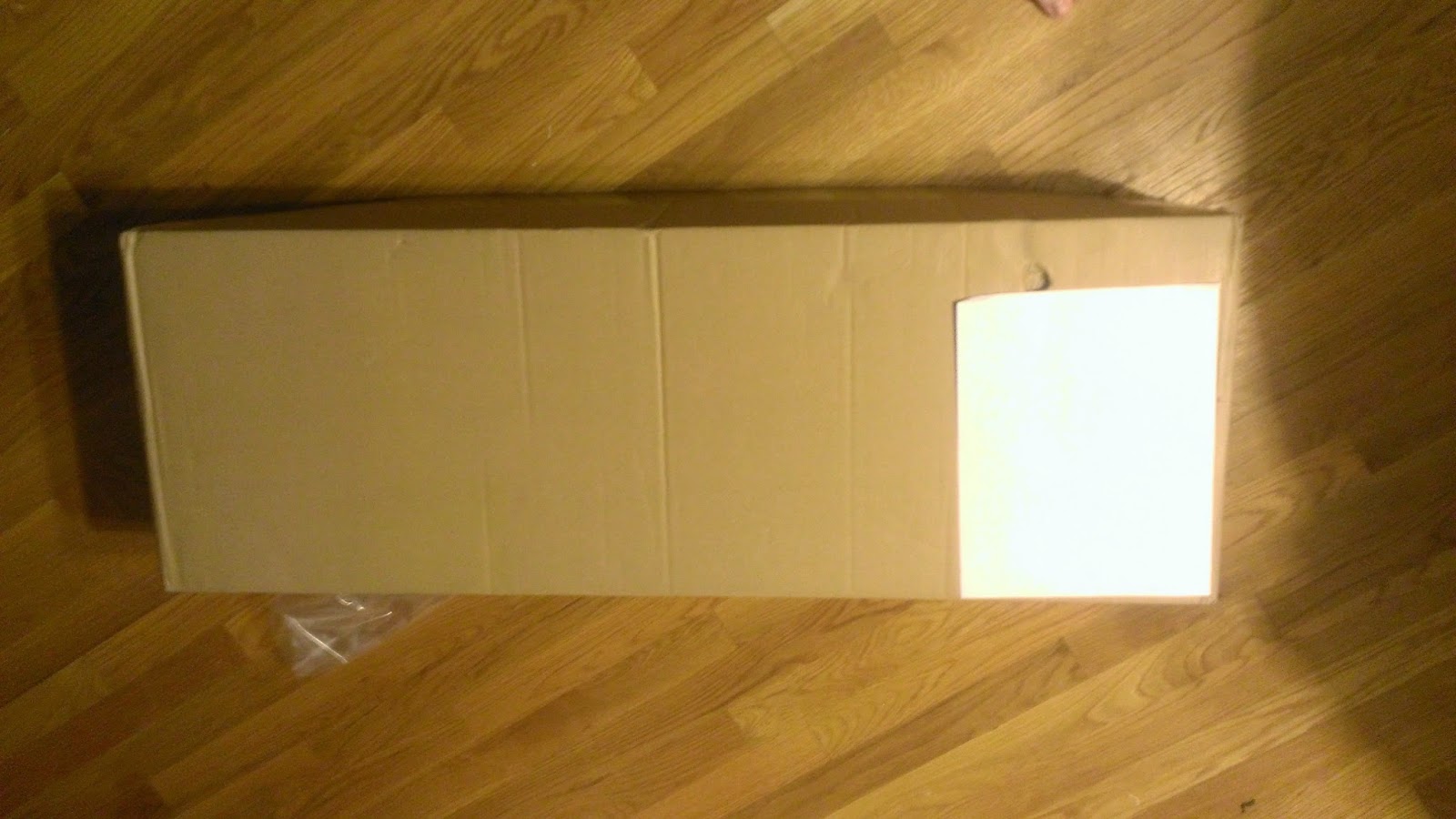 Inside the box is the glued-together fuselage with the motor and 3 servos installed.  Everything else requires assembly.  There is no manual in the box.  (Failure)  There is a PDF scan of the manual for the RTF version of this plane on the HobbyKing website, but no official assembly instructions.  I've tried to supply instructions inline in this post for anyone else who needs them.

To complete this plane you need CA Glue, Kicker, a Xacto or razor knife, Two or Three servo extension cables, a receiver, battery, transmitter, and Velcro to mount the receiver, ESC, and battery.

The servo extension cables are required because the servo leads are not long enough to reach each other at any point on the aircraft.  I'm mounting the receiver in the center top of the fuselage behind the canopy, so I need an extension for both the nosewheel and the elevator servo.  I'm going to glue one in the side of the fuselage for the ailerons too so I don't have to mess with the receiver if I take the wings off.

The canopy is an uncut piece of vacuformed plastic.  You have to cut off the forming bezel, trim it to shape, and glue it to the inner cockpit.  (Failure)  Here is the bit I cut off. 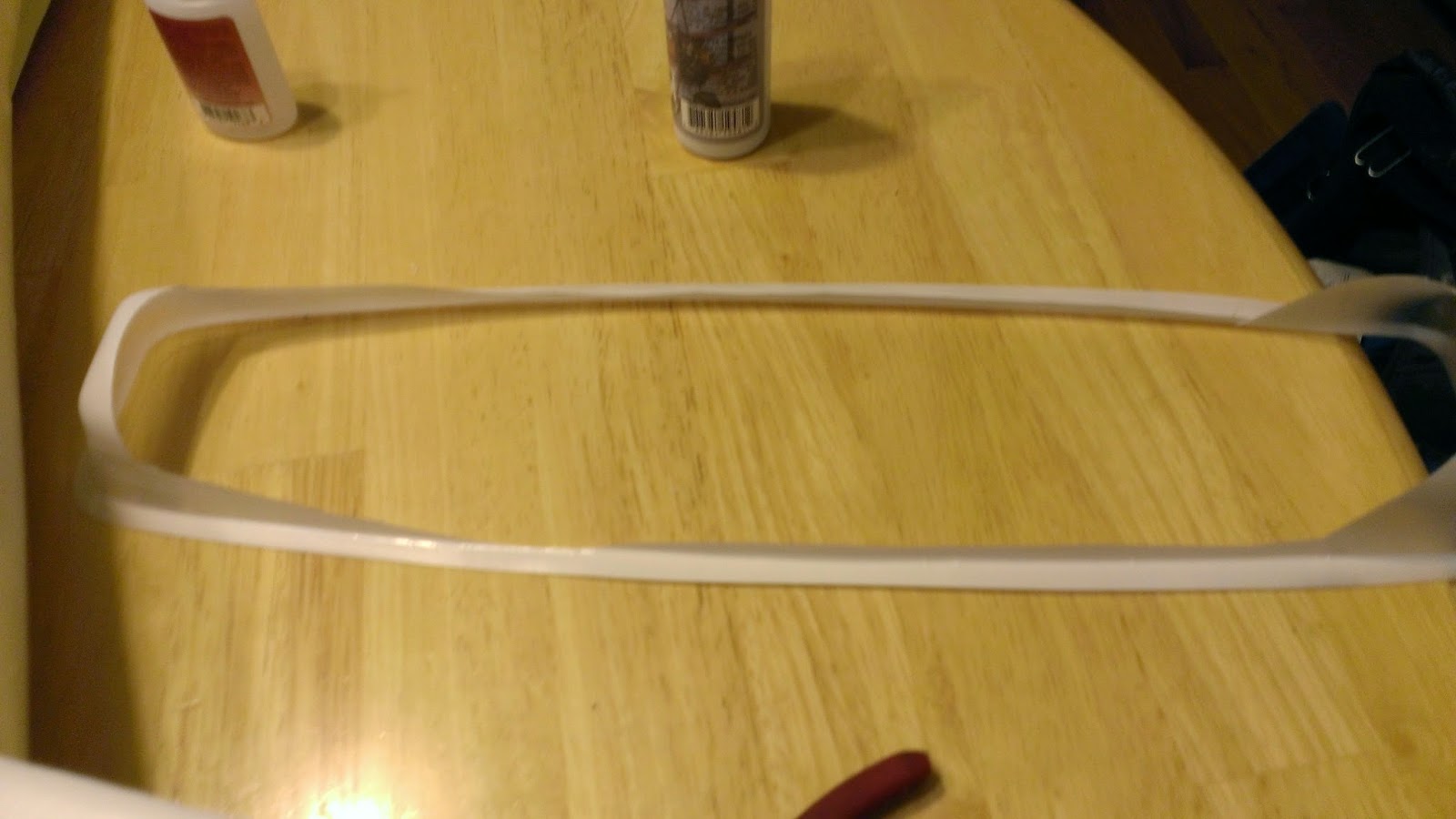 The inner cockpit is a flimsy piece of black plastic held to the fuselage by 4 washers, double-stick tape, and 4 magnets.  It is removable.  When I removed it, the double-stick tape failed and left one washer stuck to the magnet in the fuselage. (Failure)  The other three magnets pulled right out.  The aren't glued in.  (Failure) 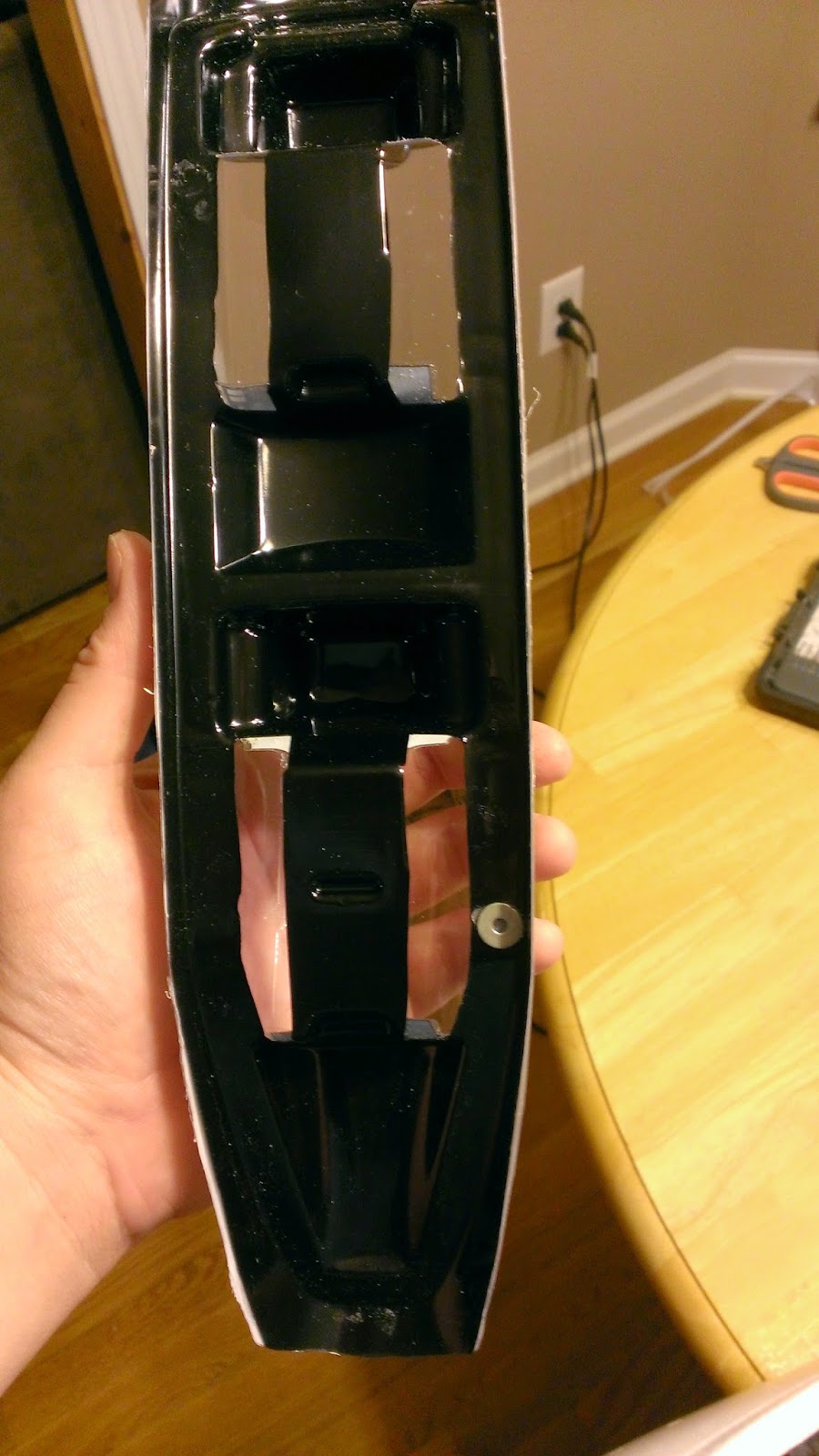 To assemble the canopy:
The nose cone is also a piece of thin vacuformed plastic that needs to be cut and trimmed to shape.  There are no provisions to attach it to the plane, so I'm going to glue it in place.  I'm going to cast a pattern from it first because it will inevitablty get crushed and HobbyKing doesn't sell a replacement. 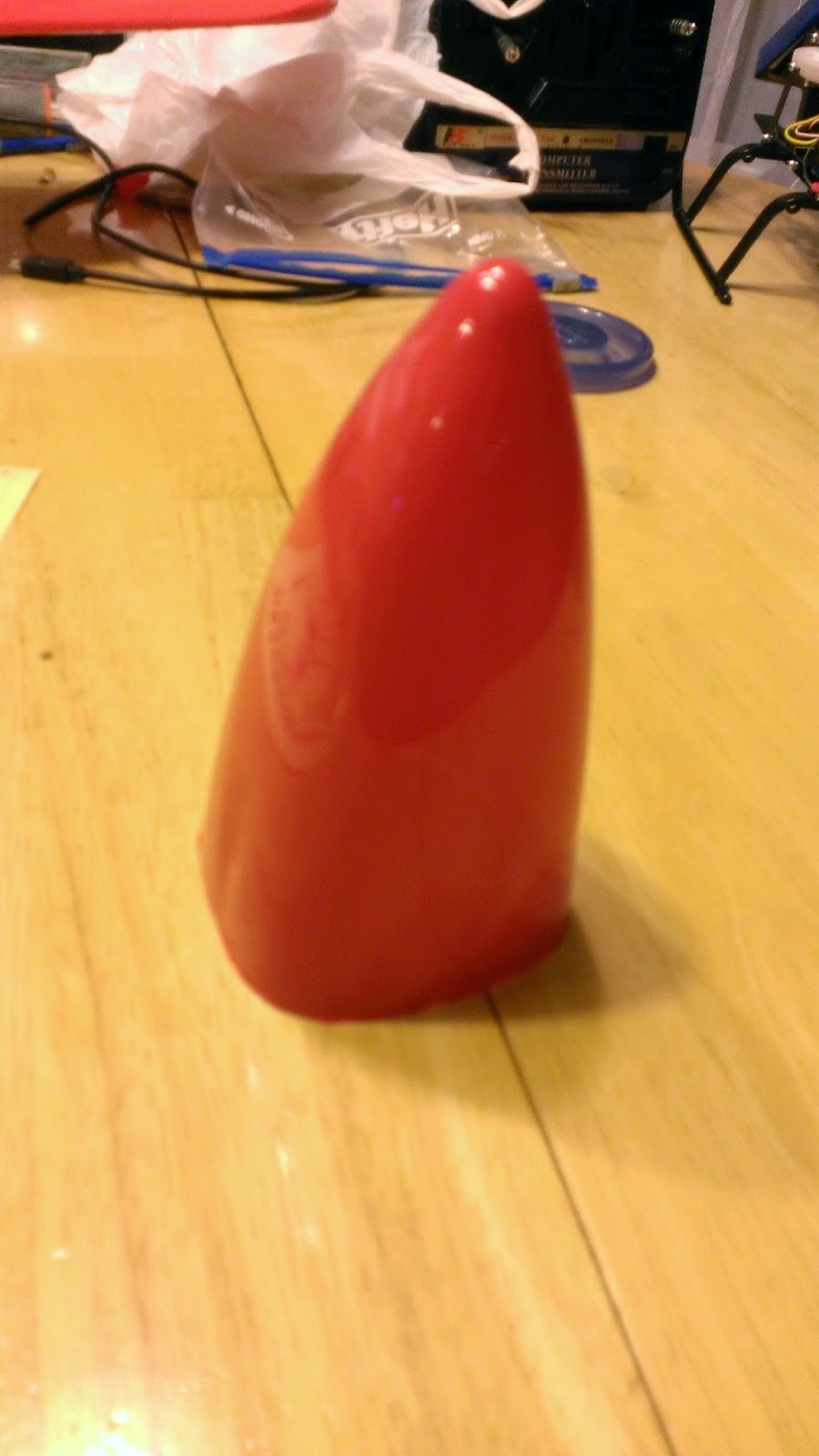 You will also have to cut a channel in the underside of the cone for the nosewheel.

This is a 4 Channel Jet.  Traditionally in RC 4 channels indicates Ailerons, Rudder, Horizontal Stabilizer and Throttle.  Not on this jet.  There is no rudder control.  That channel controls the steerable nosewheel instead.  I accept the blame for this failure as I should have noticed it before helping him place the order.

To install the steerable nosewheel you have to drill out the hole in the servo arm to accept the landing strut with a 3/32" drill bit.  You also have to studiously pick out all of the expanding foam glue that is stuck in the bracket from the "Manufacturing" process.  I spent at least a half hour getting this cleaned up and assembled  The gear is held on by a plastic cap and two screws.  The PnF version includes two lengths of screws.  Use the shorter ones for this.

Note:  Make sure you center the servo before you clip in and screw the wheel retainer.  All 3 of my servo arms were installed off-center and had to be repositioned.  Fix this now, as it will be a pain to disassemble.  Here is what the Steerable nose looks like assembled.  The plastic clip will eventually snap in once you get all the glue cleaned out. 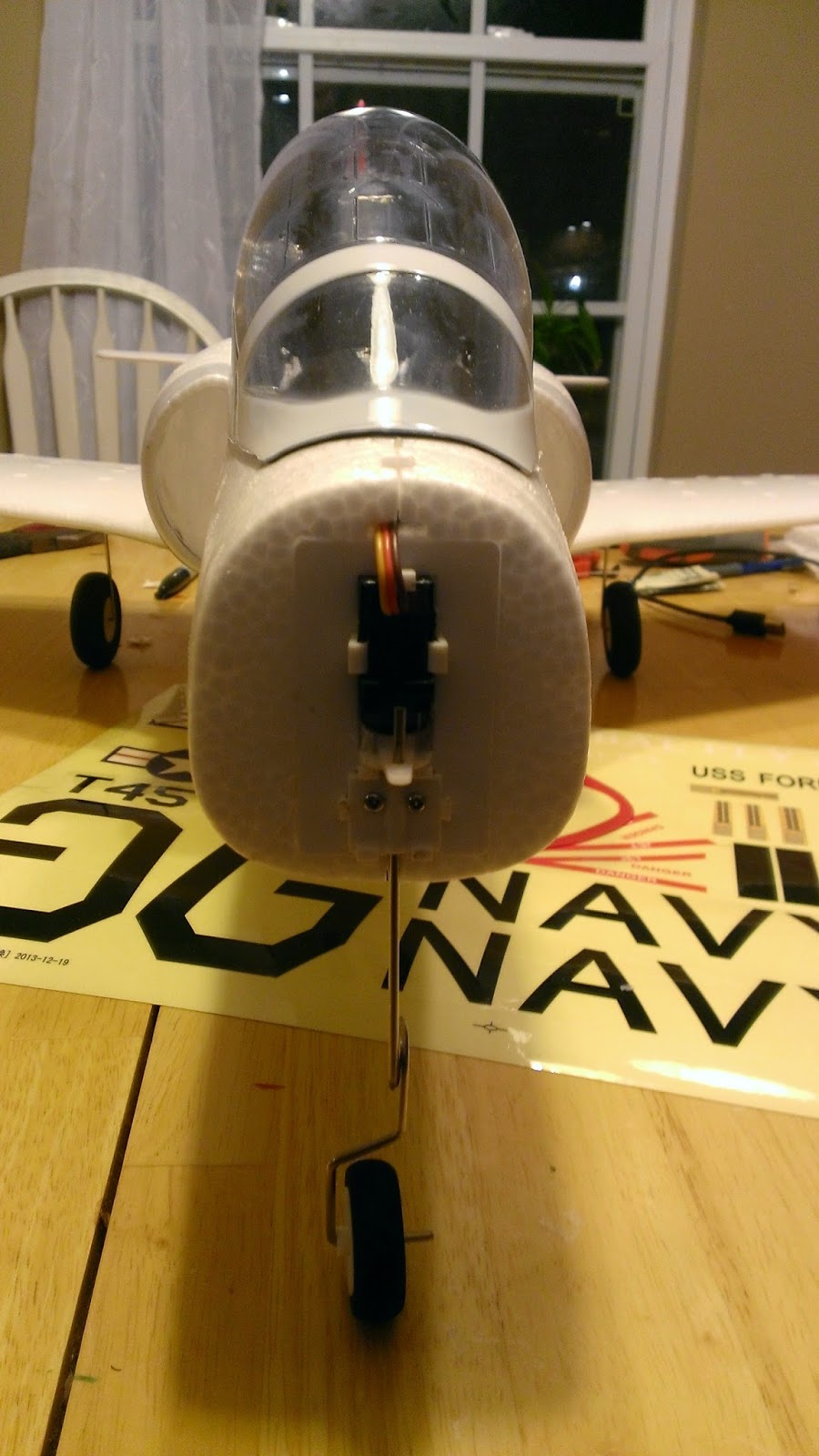 There are two plastic covers to reinforce the leading edge of the turbine intakes on the left and right of the fuselage.  These pop on, with a little work.  I installed them and then dribbled CA Glue in, as there was no way to install them quickly (before glue set) or remove then once installed.

There are two preinstalled white plastic bubble mini-airscoops behind the canopy.  These need gluing as well, or they will fly out under pressure.  These feed air into the channel where the ESC mounts for cooling.

Next stop is the Wing.  The Aileron Linkages are not assembled and have to be screwed together.  (Failure)  The control horns are not installed and must be glued and screwed in place.(Failure)  This servo also had the servo arm installed off-center.  (Failure)  The servo arm holes are not large enough for the linkages and must be drilled out with a 1/16" bit.  Once you have this assembled the wing is held in place by a mounting tab and a single Phillips head screw.

(I neglected to get a picture of this.)

The next piece of assembly is the elevator.  This is made of two pieces of foam covered in thin plastic, that get glued to the fuselage only on one side.  I consider these the "Most likely to fail" on this aircraft.  I've traced the outline of mine so I can make new one-piece unit out of fiberglass covered balsa when that happens.  You also have to glue & screw the control horns, assemble the linkages, drill out the servo arm, and assemble.  For all of the control horns use the longer screws that come in the box.  Here is the completed assembly. 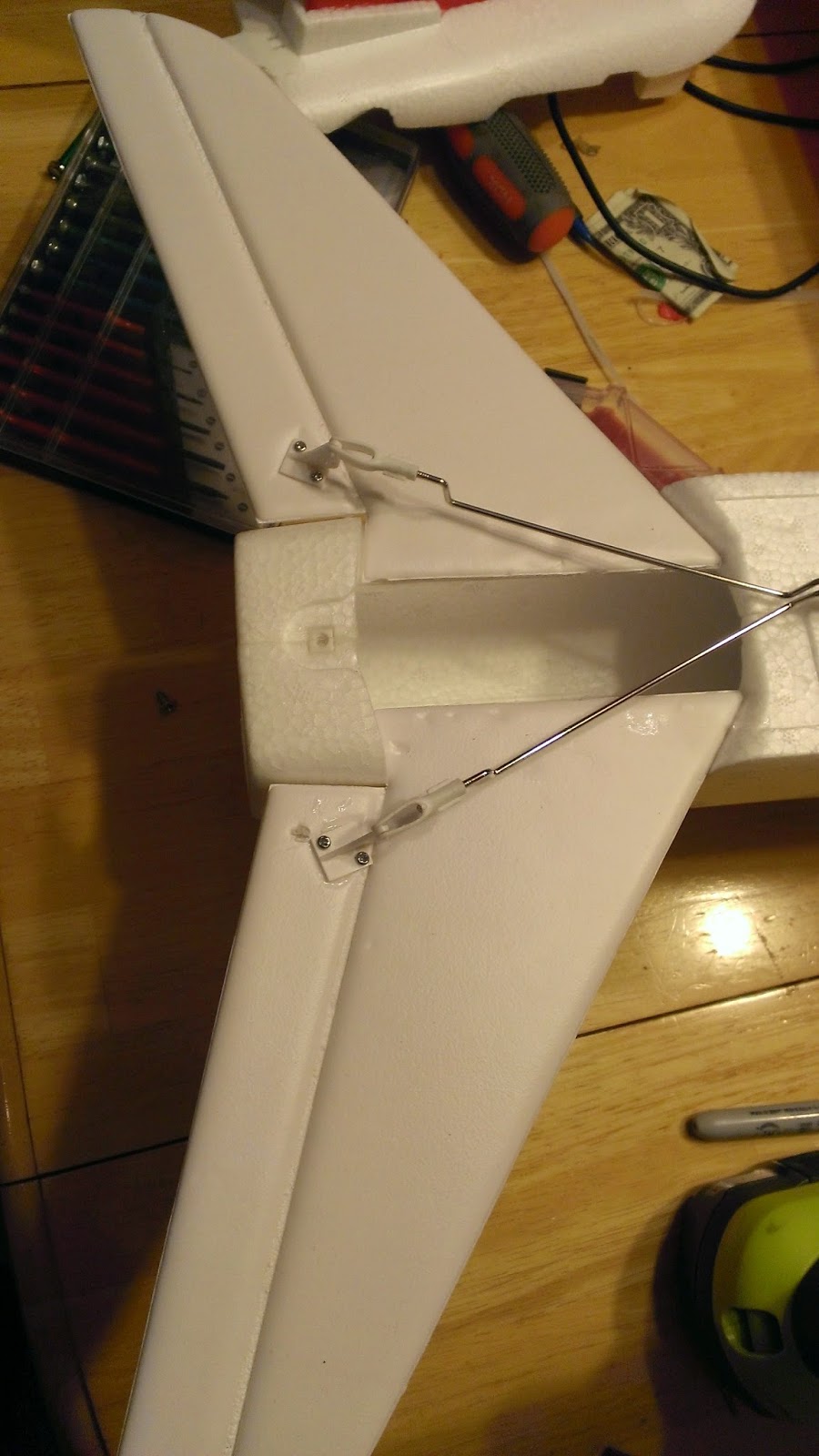 The next stop is the rudder.  It too is plastic covered foam.  It is fixed, not controllable, and gets glued in a slot on the tail cover.  Once glued in, the tail cover is held in place by a tab and a single Phillips screw. 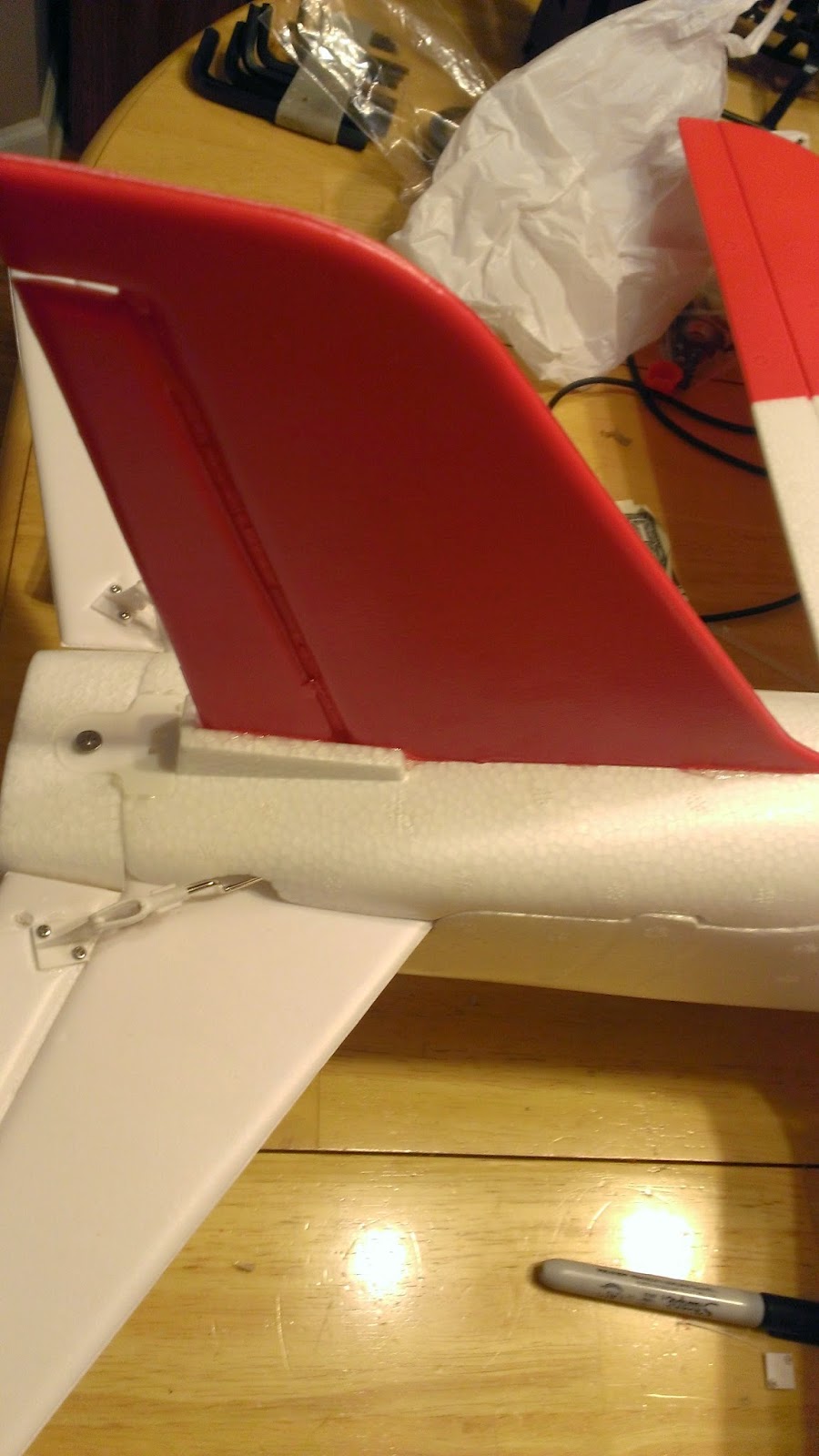 The last piece of assembly is the remaining landing gear.  These slide into the plastic pockets already glued to the wings.

I'm waiting on the servo extension cables so I can button this up.  I'll post again with CG information and test flight results as soon as they come in. 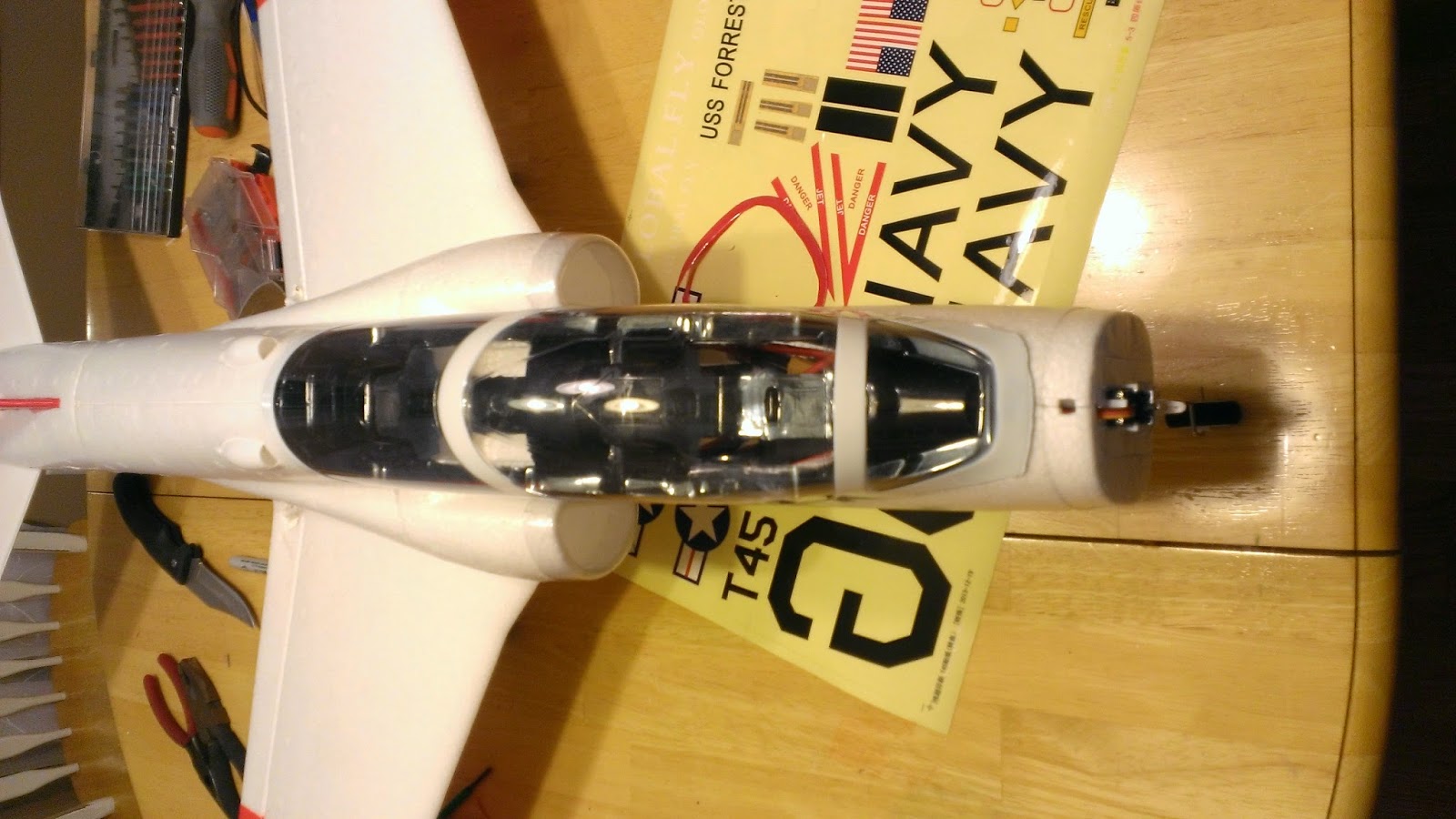 I attempted to post this review at HobbyKing to warn others, but only gold customers can post reviews.  That caps it all.

Posted by Elizabeth Greene at 10:29 PM

How do I order a nose cone? Thank you!

I haven't found any way to order a nose cone. We took his post-crash broken cone, duct taped it to the right shape, and filled it with plaster. Once the plaster dried we used it as a mold to vaccum form a new one.

Email me if you still need one. I'll get some more plastic, make, and send you one.