Mr. B got a new (to him) helicopter on Saturday, a Century Products 600.  It's been on consignment at the hobby shop for several months for a steal price of $350 RTF.  It's a Nitro helicopter, his first. 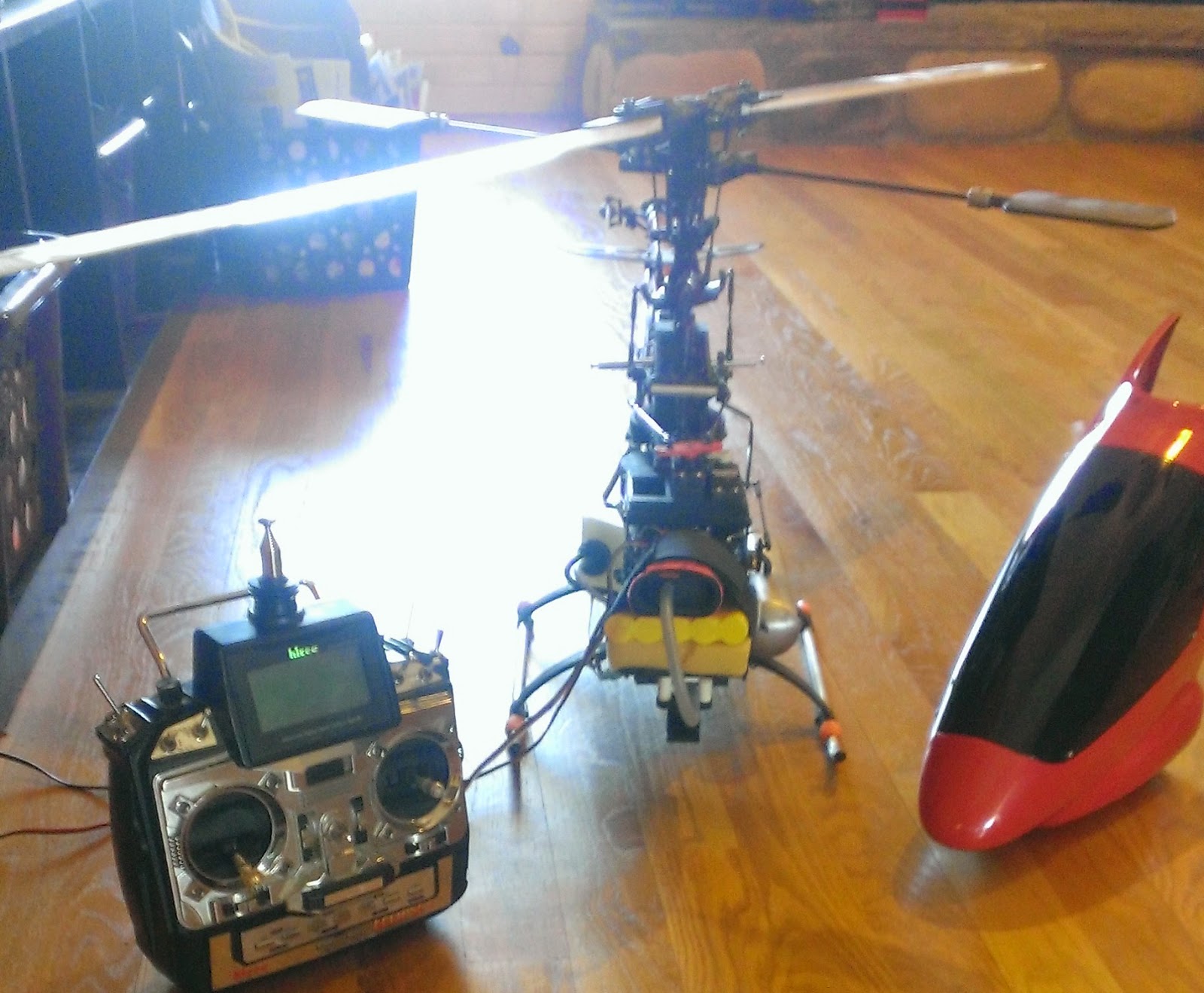 We got it home and fabricated a starter adapter for it so we could start it with a cordless drill.  That was pretty cool.  I'll do a post on it when we've proven it a bit more.


As an aside here I should mention that helicopters of this size are quite dangerous.  The rotor disk is over a meter in diameter and has serious inertia.  There is dangerous amounts of energy there.  Searching the internet for RC Helicopter Injury had given us both our share of respect for this guy.
So, it was time to start it up.  Ready to fly.  We're both really excited, though we do have a bit of gruesome internet picture induced trepidation.  Did I mention how huge this heli is?  And that it's full of highly flammable fuel?  And the super-fast-and-heavy-rotors? 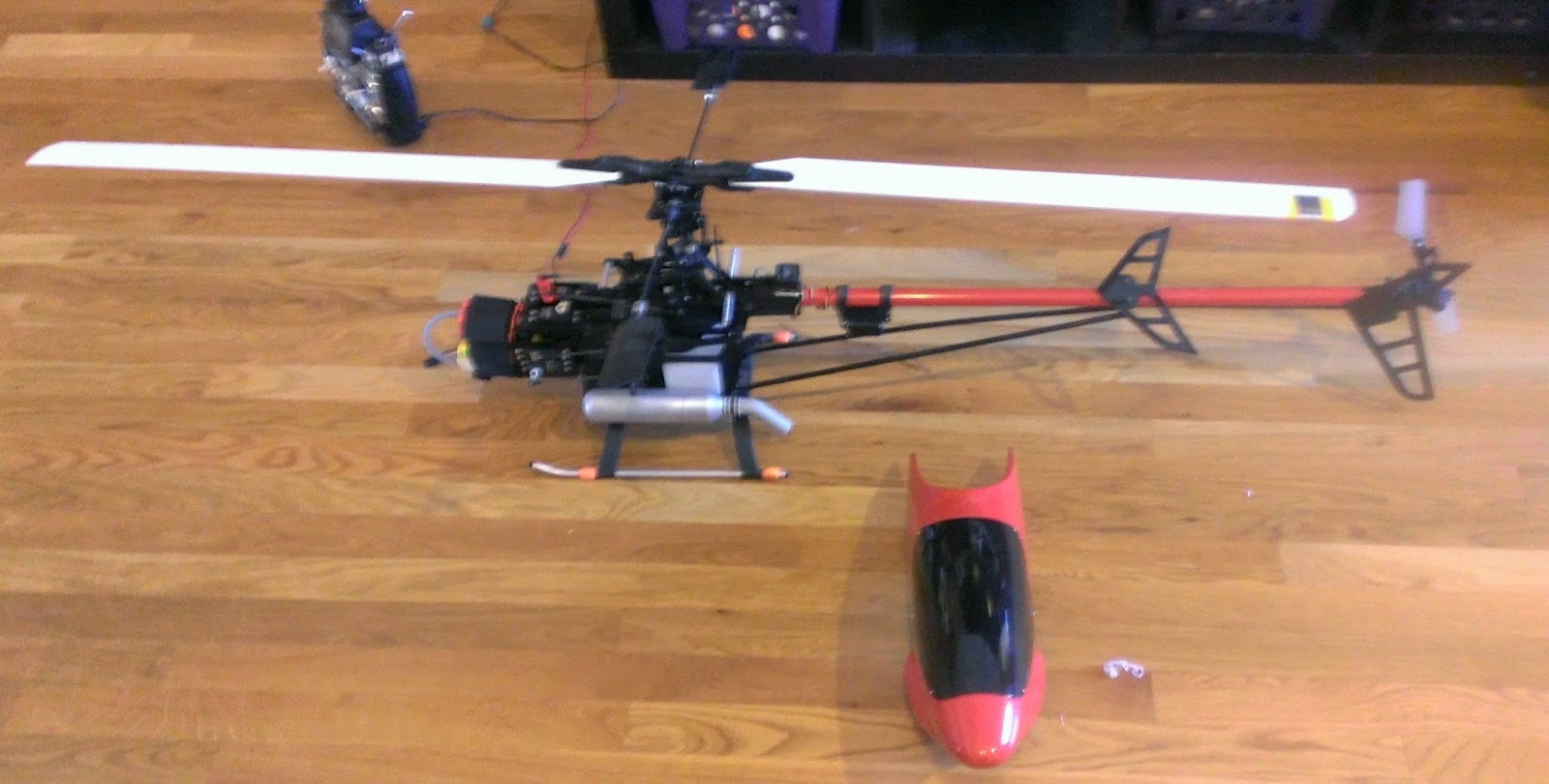 I was holding the rotor head -hard- to keep it from spinning up and there was no way for me to let go without getting hit by the blades.  I was finally able to get it shut down and we did a post-mortem.

The throttle channel on the radio was reversed.  Hitting the throttle-cut switch nailed it to 100%, not 0%.  Unfortunately we figured it after seriously damaging the clutch.  Damaging in this case means melted into non-existence.  Whoops.  No-one was hurt so I can't complain.  It could have gone a lot worse.  I'm going to get him a new clutch this week.

There were some great quotes from today.
Mr. B: "It's okay, this is a lot smaller crash than we expected."

(Holding some ambiguous ribbon-like strips of melted plastic that look like no known helicopter part) Me: "I'm sure the guy at the hobby shop will be able to smell the part number off of these."

B: "Why do these Ni-Cads take so long to charge?!"
Me: "Because they store energy as a second order chemical reaction that's driven backwards by the electrons flowing from the transformer."
B: "Stupid Chemistry!"

B: "Ellie was so excited when my Heli started she almost went to pieces!"


Lesson Learned: Check the throttle throw on the radio every time.  Everything else can be tested on the ground with the engine running, but a reversed throttle gets scary really fast.  We're going to mark the throttle closed direction on the engine and add it to our pre-flight check.

My cooked-at-the-last-second e-stop procedure was to one-handed unplug the receiver battery connector and then manually move the throttle lever to the off position.  I do not love this, and am considering adding a fuel shutoff valve instead.  I would appreciate any opinions on this idea.

Posted by Elizabeth Greene at 10:58 AM